Mugwort is a tall herbaceous perennial belonging to the Asterceae (Compositae) or daisy family. It can grow up to 1.5 meters and is supported by a strong woody root system. The dark grey-green leaves are pinnate, lobed, and 5-20cm long. They have a silvery grey to white fuzz on the underside, with erect stems showing a purple tinge to them. The flowers appear in summer and are small and radially symmetrical, with many red to yellow flowers held in panicles or groups off the same stem. The unopened flowers are a small white ball shape. The male and female flowers are borne on the same plant.

Artemisia vulgaris is often identified in writings about herbs as Common Wormwood. However, the correct botanical designation for Wormwood is Artemisia absinthium. Other common names for mugwort and wormwood include felon herb, chrysanthemum weed, wild wormwood, old uncle Henry, muggons, old man, moxa, cronewort, sailor’s tobacco, and St John’s plant (not to be confused with St John’s Wort). The name ‘wort’ is also an old word for a useful plant. The name ‘mugwort’ is often said to come from the tradition of flavouring drinks (held in mugs) since the Iron Age. However, an alternative suggestion is that the name is derived from ‘moughte’ meaning moth or maggot because of the value mugwort held for keeping moths at bay.

All of the Artemesia are sacred to the goddess Artemis, who brings comfort to women during childbirth. In Wales, for example, a sprig of mugwort was traditionally tied to the thigh of women experiencing a difficult childbirth. The plant is also associated with the moon, which is commonly associated with women’s cycles. Mugwort also has many uses in divination, smudging, rituals and is said to encourage lucid dreams or astral projections. It was very popular during the European Middle Ages as a magical and protective herb. John the Baptist was said to have worn a girdle made from mugwort for the protective powers and the plant is traditionally collected on St John’s day. Interestingly, mugwort was used in a similar manner by the ancient Chinese and Japanese despite these distant cultures never being in contact.

Artemisia vulgaris is native to the temperate regions of Europe, Asia, northern Africa, Canada, Alaska and naturalized in North America where it may be considered a weed. It is often found on nitrogenous soils, such as cleared urban areas and roadsides where there is little competition. A number of moths and butterflies rely on this plant in its natural habitat, so it could serve as a good insect attractant.

Artemisia vulgaris prefers a sunny, moist but well drained soil. It does not like wet feet and dry soils also produce good results. A shaded ‘woodland’ position is satisfactory as well. It can tolerate many soil conditions, including alkaline soil, with a pH range of 4.8 to 8.2. It can grow well in soil with high nitrogen content, as noted above. Established plants are hardy, drought tolerant. Interestingly, they may be smaller but longer lived and more aromatic when grown in poor soil with dry conditions.

Mugwort (A. vulgaris) grows by root spreading, so determine where you wish the plant to grow and prune or remove roots as needed. An interesting aspect of the plant is that the roots secrete chemicals which can inhibit the growth of other plants. This is something to be aware of when choosing garden companions for wormwoods and mugworts. If you have concerns about this or the spreading root system then it is able to grow well in a larger container.

Propagation is by seed to the soil surface in late winter to early spring, allowing for rain to water the seeds and spring germination. Basal cuttings can be taken in spring as well and planted out after the risk of frost is gone. Plant division make be carried out in spring or autumn.

For additional herbal uses, the leaves and stalks can be collected prior to summer flowering and hung upside down to dry. The roots should be collected in autumn, washed and spread out to dry so that mould does not develop as they touch.

Mugwort has a strong tradition in ancient herbal medicine and folklore. The plant has an antiseptic and antifungal action, and is also said to relieve itching, burning and stinging sensations when freshly crushed leaves are applied to the skin. Mugwort is also used as an adaptogen, a general tonic, an expectorant, diuretic and as a digestive aid. Chewing fresh leaves reportedly acts as a stimulant and nervous tonic. It is also used to expel pinworms. The chemicals in the plant mean that it is slightly toxic, more if a lot is consumed. Caution is advised and consumption should not be for more than a week.

Pregnant and breastfeeding women should not consume wormwood/mugwort. Large and/or prolonged doses can cause miscarriage and damage the nervous system. In traditional medicine one of the uses for this plant was to encourage abortion, labour and expulsion of the afterbirth. It was also used to treat or regulate disorders of the menstrual system in Europe. However, Chinese traditional medicine used the plant to treat birth pains and prevent miscarriage.

The chemical constituents of A. vulgaris include the essential oils cineole and thujone as well as the flavonoids triterpenes and coumarin derivatives. The thujone is particularly toxic in prolonged or large amounts. It is also found in Western Red Cedar, which is known to have some termite resistence. Infusions may be made from the leaves and flowers as needed using about 30 grams to 600 mls of boiling water.

The plant has been used as a remedy for fatigue since ancient times. The leaves are said to have been used by Roman soldiers to sooth sore feet when placed in their shoes.

The leaves of mugwort are somewhat bitter tasting, with a taste described as resinous and similar to chrysanthemum leaves. They are used in both the raw and cooked form and may be served in soups, fried in side dishes, used to season fish and meat dishes or used to add flavor to rice cakes. The young shoots may be used in spring and the leaves and flowers used at any time stepped into a tea. Drying mugwort will extend its shelf life for making mugwort tea all year round.

As an addition to the diet the leaves help to aid in digestion and are often served with fatty foods as a flavor enhancer. They were also used as flavouring in beer, before hops came into use.

Mugwort has several alternative uses as well. The leaves may be used fresh or dried as an insect repellent, but may also be used as a spray made from a weak tea infusion. Caution is advised since too much may inadvertently affect plant growth. The essential oil from the leaves kills the insect larvae and is said to be a good moth repellent. The same infusion is said to be effective as a household cleaner. The fine down on the leaves is apparently very useful for helping to start fires, while the stalks make good kindling.

The wormwoods are hardy, woody perennials that remain evergreen during warm winters. In colder regions, they generally return in spring when the seasons change. Most are very hardy, having originated in arid or semi-arid regions with poor soils and limited moisture. Some of the plants in this genus do have greenish foliage, but many have silver - grey - white foliage and these are highly prized ornamental plants. They usually have insignificant flowers and many hybrids do not produce viable seed. Most are best propagated by cuttings. 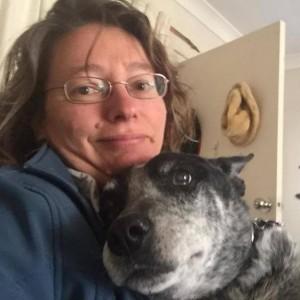 Plant arrived safely and quickly, instructions easy to follow and the mugwart has now happily settled into the garden and grown. Looks amazing

I recently purchased two Mugwort’s and they arrived safely and quickly. I followed the instructions and potted them straight away. They are very healthy looking herbs now :)! The owners are very helpful and responsive to any enquiries.