Dandelion is a hardy biennial, or perennial, with bright yellow flowers, that can grow up to 30 cm high. The characteristic grey, hairy ‘parachute’ seed head or seed ‘ball’ is easily recognised. It has a characteristic milky sap that exudes from the all parts of the plant, but is especially noticeable in broken stems and in the cut roots. The bright, yellow flowers are produced on purplish, hollow and leafless stems that sit above the large leaves, spread around the base of the stem in a flat rosette. The leaves are large, glossy, have deep notches and a toothy appearance. The grooves on the leaves are designed to direct rainfall down towards the roots.

The dandelion evolved over 30 million years ago in the temperate areas of Europe and Asia, but has now colonised all continents. The first mention of dandelion medicinal use appeared in writings by Arabian physicians in the 10th and 11th centuries. Welsh writers also mentioned dandelion use in the 13th century.

The name Taraxacum was derived from the Greek word for disorder (‘taraxos’) and the word for remedy (‘akos’). There is some debate, but the name dandelion is thought to be due to the leaves resembling lion teeth, ‘Dent de lion’. There are many species of Taraxacum and the common dandelion has many different names according to historical references. For example, in Bulgarian the plant is named after the word for ‘deaf’ because of the belief that the dandelion ‘parachutes’ can cause deafness. In Greek, the name for the dandelion comes from the word for ‘thief’, because the seed is hard to catch once airborne.

Today, dandelion plants are a familiar sight in lawns or neglected areas and the plant is considered a weed in many areas. Many plants are also commonly, but mistakenly, called dandelions, due to their yellow flower and similar leaf structure.

Dandelions are very high in vitamins A, B complex, C and D as well as the minerals iron, zinc and potassium.

Dandelion is able to grow under many different conditions, but full sun is essential. The plant does best in cooler to warm areas, with good rainfall, where it will be more abundant. However, it is not well suited to tropical areas, reflecting its origins in temperate and Mediterranean regions.

In spring and summer, the yellow flowers open with the sun and close in the evening or on cloudy days. After flowering, the flower heads dry out, the dried petals and stamens drop off. The bracts then curve inward creating the full, greyish and ball shaped ‘parachute’. The featherlike parachutes help the wind dispersal of the seed. After the seeds are released, the parachute ball takes on a more fuzzy appearance.

The strong tap root is able to take hold in any soil type, so the plant is not especially fussy. However, the biggest and best roots will grow in higher quality soils, which are moist and well drained. The leaves will also be less bitter in a richer soil. The dandelion plant can be container grown, as long as the pot is deep enough to accommodate the long tap root.

Dandelion will self-seed easily and plants will reappear as long as the tap root is not pulled out of the ground. Although they are perennials, it is useful to dig up and replace plants every few years to keep a healthy and vigorous supply of plants. If you would like to control the number of plants you have, then remove the flower heads before seed dispersal.

The sweetest leaves are young and best picked while small. Older leaves are bitter, but bitterness may be reduced by blanching or excluding light. This is done by placing a pot or container over the plant and picking the leaves when they have lost all colour. Roots are best harvested in late autumn or winter when they have the best flavour.

Dandelion has a long history of culinary use, although the leaves have a bitter taste. Fresh young leaves are less bitter and may be used in salads. Young leaves also make nice sandwiches when combined with fresh bread and butter. Alternatively, dandelion leaves may be used as a vegetable, like spinach, by adding them to cooked dishes and lightly seasoning. The roasted roots of the plant are used to make a ground ‘coffee’, which is said to be almost indistinguishable from real coffee. Dandelion coffee is completely natural and has a general stimulant effect on the body, specifically the liver and kidneys.

There is also an on-going tradition of making dandelion wine from the flowers and a rustic dandelion beer from the dried leaves. The drinks ‘Dandelion and Burdock’ and ‘root beer’ use the dandelion plant. Many people use dandelion in herbal tea, both as a general tonic and as a diuretic as discussed below.

A dried leaf infusion may be made from 1-2 teaspoons of dried leaves by pouring hot water over them and steeping for 5-10 minutes. Drink three times a day.

Historically, dandelion has been used for many centuries to treat infections, liver and kidney ailments. Dandelion leaf is a natural diuretic and may help increase urine production, which will assist with fluid retention by increasing water loss. This may hasten the removal of other chemicals from the body, such as medications, so it may be wise to seek medical advice. Dandelion root is used for kidney stones and is said to help break up the stones enabling them to be passed.

Fresh or dried dandelion leaves can be used as a mild appetite stimulant and to assist in stomach complaints. The roots of the dandelion plant may also act as a mild laxative, assist digestion, stimulate appetite and reduce the effects of heartburn. However, there are concerns that in some people there may be a worsening of liver, kidney and heartburn symptoms when using dandelion.

There is preliminary evidence, from animal studies, to suggest that dandelion may help to normalise blood sugar levels and lower total cholesterol and triglyceride levels. However, further research is needed to explore this potential. There is also early research indicating that dandelion flowers may have an antioxidant potential.

Some people are allergic to the dandelion plant, when the skin is exposed or when taken internally. The pollen is also believed to be an allergen implicated in hay fever.

Dandelion is a useful companion plant because it is insect attracting and because the large tap root brings nutrients to the surface for other plants.

Planted those via moon planting and they are all doing very well. Cannot wait to harvest dandelion flowers to make a tincture and some honey.

What a great experience dealing with your company. Loved the beautifully timed email tips about how to get the plants settled. Plants arrived in great condition in only a few days. Beautifully presented, great quality. I’ll be ordering more. Thank you. 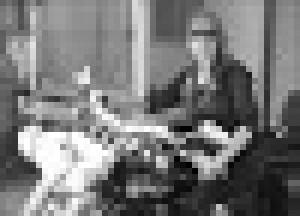 Easy navigation of site, great communication and super fast delivery of plants. Support offered if needed. All round brilliant.